a wordle of agency taglines

I’m in the process of slightly re-focussing/re-branding the socialtech world… I thought I’d take 10 mins and pull words from other web agency sites (some marketing, some creative, some techy) as part of forming an idea of how other businesses describe themselves… where there were variations of the same word (eg delivering delivered) I used the most common spelling.

I then took this list into wordle to get another perspective, the larger the word the higher the frequency it showed up in my list. 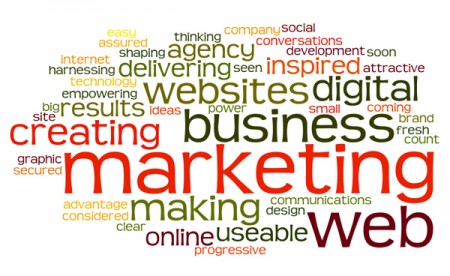 Marketing is the clear winner.