I don’t want to die

Posted by Luke Williams on March 11, 2013 in general thoughts | 9 comments 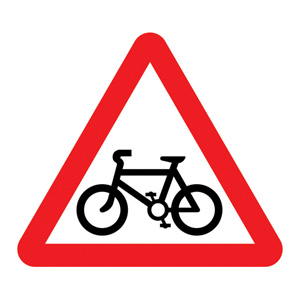 “…Bournemouth has the highest death rate of cyclists outside of London…”

Did I hear that right?

Yes, apparently I did.

You see, last week I was invited to attend the Bournemouth Cycle Forum and this little point had casually been dropped into the conversation during the evening.

Now, I was quite surprised to hear this.

Important note: both posts relate to casualty rate, which are accidents and injuries not fatalities.

I’m a pretty active cyclist who reads his local paper regularly and sees all too often stories about local accidents… but this… THIS was news to me.

So I asked… and yes, apparently, it’s “all there in the LSTF bid”. Ah yes, how silly of me, I mean, we’ve all read that haven’t we?

Well, I had heard it mentioned in the Echo (we’re getting about £3/4 million locally)… so I dug it out when I got home.  Not the easiest bugger to find, although once you open it up there is this delightful passage on page 1:

Oh Dorset, how quaint and lovely, we “suffer” from that do we? Not at all affected by any decisions we make in road planning or local politics at all of course…

Whoa, hold on a minute. That’s not quite the numbers I’m looking for. Lets have a deeper look in… oh, there it is, on page 8:

So for 3 out of the last 6 years that we have data for, Bournemouth is the “worst performing”, or to put it in plain English: we have the highest death rate (*1 see important note) for cyclists per 100,000 population (outside of London).

Being a bit of a stats nerd, I went to find if there were any newer figures available and thanks to the excellent new gov.uk site (seriously, if you haven’t already go and have a look. Brilliant.) there are:

After finding all this out, I felt I had to write a blog about it, in the hope that maybe you’d find it quite scary stuff too and maybe… just maybe, we could put some pressure on the councillors to do something a bit quicker than they are now.

Actually, I don’t blame them entirely: I think we need to tell our colleagues, neighbours and friends to stand up and say “this isn’t acceptable” too.

The councillors have said they want Bournemouth to become more sustainable: have the residents cycle more, use their cars less but seem to suffer from a form of “I don’t want to risk upsetting my voters” NIMBYism when it comes to ACTUALLY doing anything… pity.

So whatever you think about “pesky” cyclists, I hope we can stand together and say that Bournemouth is a beautiful place with lots of potential for safer cycling in our lovely open spaces if we made a few compromises… and maybe, just maybe there’d be a few less deaths.

What can you do?

1) The National Statistics casualty data used is accidents/injuries per 100,000 – not fatalities.

3) There’s been a lot of press interest, if you see an article please stick it in the comments. Ta!