Posted by Luke Williams on February 10, 2009 in general thoughts | 0 comments

I love how things grab people’s attention and twist and change into new forms so rapidly on the web.

The humanist bus adverts in London went from:

And now a Bus Advert slogan generator, which produces ones like this: 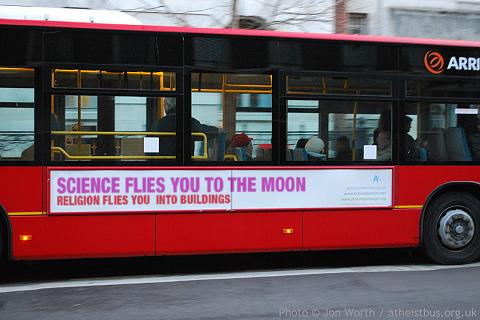 Quite controversial, but I’m more amused by how these ideas take on a life of their own, far beyond the original idea.

Incidentally, Christian groups are launching bus ads stating that “there definitely is a god..” which, unless they have some proof, is surely against the ASA code?

I’m amused by it all.