all my childhood dreams coming true! Not only is the Transformers live action movie coming out next week (as near as damnit fulfilling my childhood “wouldn’t it be cool if transformers were real…” dream) but LucasArts confirmed yesterday that they are making a lightsaber based game for the Wii. 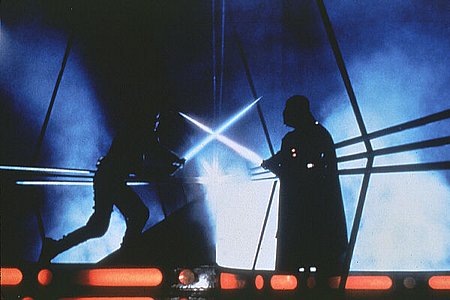 They’ve not specified if its going to be based in the normal or Lego Star wars format (who cares, lego star wars rocks anyway!) but they have confirmed its in development.

Cue millions of ahem… lets be honest… young men… standing around in their living room weilding the Wiimote like their favourite star wars character.

If this is even half as good as I have in my head, I’m buying one.

In other geekery news, I’ve bought an MP3 player with line in, so it’s easier for me to record my DJ sets 😀