Posted by Luke Williams on May 7, 2007 in general thoughts | 6 comments Went for a stroll to the beach earlier to find that someone had rather rudely dumped a baywatch style lifeguard tower near the pier! 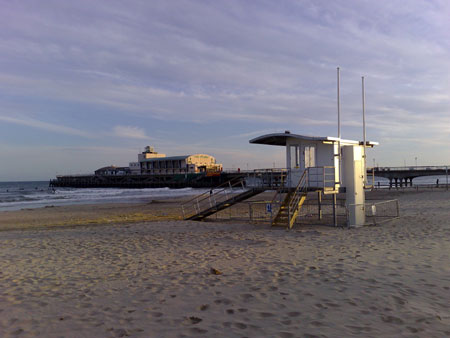 After the initial shock had resided, I realised it probably is a good idea, the little porto-cabin style things were a bit lame and cant of offered much of a vantage point.