4 weddings and a funeral!

Posted by Luke Williams on June 5, 2006 in general thoughts | 0 comments

Yes, my life has become a film.

And as per the film, my first wedding of the year started with me running around saying “fuck” as I’d left my tie at home… no worries, a quick detour (not quite hurtling along in an old mini… an old micra) and we’re on the road to Wales for my cousins wedding… gorgeous reception, held in an old country house and grounds. 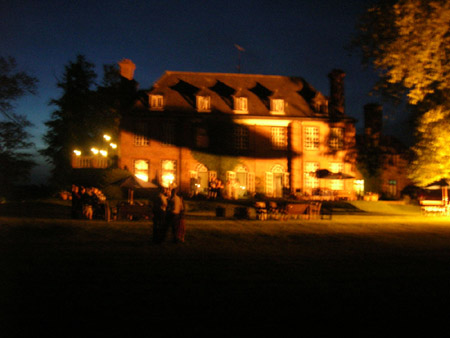 Whilst sat for dinner near the doors to outside, we noticed that the quartet had stopped playing suddenly… they had witnessed a poor little bird, attempt to leave his nest, only to land on the ground with a bit of a splat. Slightly distraught by this they resumed playing, until the poor bird started moving and chirping loudly.

Help was summoned, who promptly arrived to move the baby bird… unfortunately for the bird, he wasn’t really watching where he stepped and trod on it. The bird let out one final cheap and the poor cello player started crying.

Phew… at least it was only a bird, I was quite worried that I had 4 weddings this summer…