Posted by Luke Williams on August 17, 2008 in general thoughts | 0 comments Come on, I can’t be the only person who’s HIGHLY suspicious of China.

The number of things that were faked in the opening ceremony, from little girls miming to “ethnic” chinese (50+ groups)… who all happened to be represented by Han… even the fireworks.

It all makes me highly suspicious that there isn’t any other cheating going on.

I for one have been operating an Olympic boycott of sorts, I’m trying not to buy/use any products that are from sponsors of the olympics and (although mainly a time thing) I’m not watching any of it.

Don’t get me wrong, go Team GB! But Booo to china. 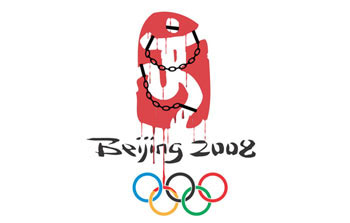 There’s no other reason to not trust them, I mean they’ve clearly come through on their promises of a smog free games… and human rights abuses have all magically stopped.

Booo to the olympics!