Home » general thoughts » from “Chrimbo Deco Dilembo” to Human 3.0 in one post

from “Chrimbo Deco Dilembo” to Human 3.0 in one post

Posted by Luke Williams on December 12, 2006 in general thoughts | 0 comments

Decorations in Bournemouth town are poor and lacking everywhere.. some exceptions (the square) but offices/shops/flats… don’t seem to have any!? Booo!

And with this, I find myself at an odd impasse.

On the one hand, I’m starting to see myself as more of an evangelical atheist, I believe that there is an underlying power behind all things called “nature” and not some unproven deity with 6 arms or whatever, but, I’m disgusted at the fact workplaces are not celebrating Christmas.

Whilst these two things seem at odds, I don’t think they need be. To value ones heritage is not to contradict the view that we need to move on from “whence we came”

To me, believing in the unexplained is one thing, having an open mind is another… but, to advocate a theory with no proof that contradicts established and immensely documented science, to the detriment of furthering scientific knowledge is dangerous!

I used to accept that people believed in things and that was ok, I didn’t, but that was my choice. Increasingly I’m taking the line that these beliefs holds us back from our true potential to evolve, causes divisions in society and, whilst I admire the values inherent in most of these beliefs, I think religion is generally a bad thing for society as a whole. 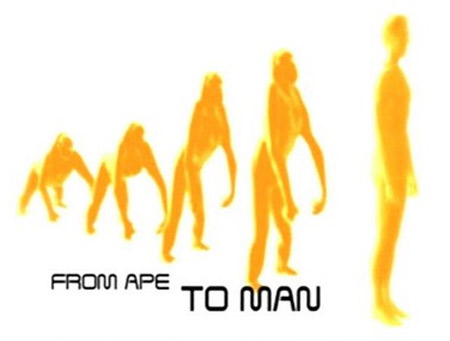 Primitive man didn’t understand the world around him, he thought volcanoes were gods… all things were a mystery… life was survival

Modern man invented, explored and understood lots of the world, his beliefs evolved away from those things he now understood… a volcano isn’t a god, its a geo-thermal whodyamaflip that we understand…

Well, we need to evolve again, I think we’re on the edge of another evolutionary type stage. DNA is going to be mostly decoded in our life time, we can implant tehcnology into our bodies, all people could be connected to all knowledge via the internet… science is answering some of the big questions about the creation of the universe…

Yeah I like that, I’m not an atheist… that be like saying I’m a non-tooth-fairy believer… it defines what I’m not.

Human 3.0 – I might start a wiki to define it… hmmm… anyway… it’s late and I’m prattling on now on increasingly random tangents. Night world.